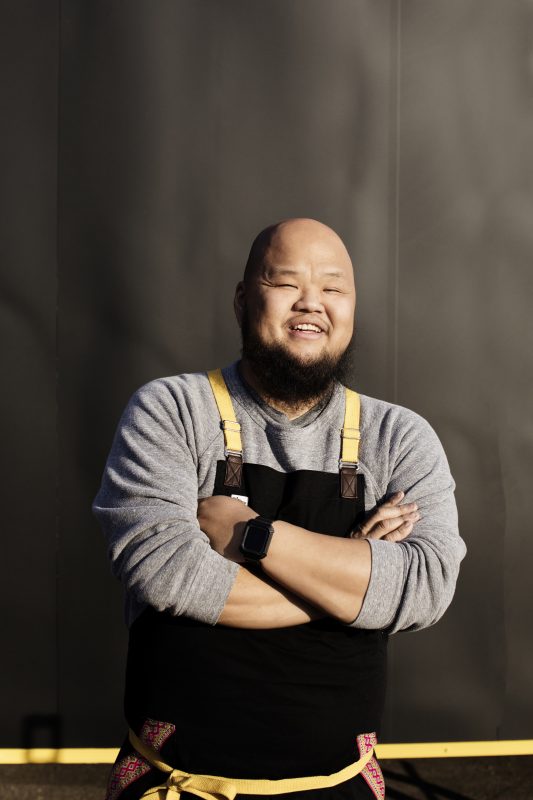 In our most recent issue of Sprout!, we featured local chefs and their tips to enhance your summer grilling experiences. We’re back again with another feature of talented Chef Yia Vang, who some may recall as a speaker at Seward Co-op’s 2019 Annual Owner Meeting. Yia worked at many top restaurants in the Twin Cities before starting Union Hmong Kitchen. Yia also hosts Twin Cities Public Television’s food and culture series, Relish and co-hosts the podcast White on Rice. His new restaurant concept, Vinai, opening in 2021, is named after the refugee camp in Thailand where he was born. Yia believes that every dish has a narrative, and his mission for Vinai is to create a home for Hmong food that celebrates his parents’ legacy and tells his family’s story through food.

What’s Next for Yia

Until his first brick and mortar restaurant is ready, Yia and Union Hmong Kitchen are still in residency at MidCity Kitchen featuring take out, some special dine in experiences, and catering. Currently Yia is presenting a series of dinners at the St. Paul Farmer’s Market called “Vinai & Company” where he collaborates with other local chefs to create great meals. Find the details and tickets for the next event here. He recently did a series with Explore MN called “Culinary Campfire” visiting various parks around the state and cooking over fire. Yia is a full-on grilling expert and says, “my biggest piece of advice is clean your grill! The easiest time to do so is after you’ve used it and it’s still hot. Give it a good brush. You want the lovely char flavors that naturally come from the heat and the flame to add to the richness of whatever you’re grilling, not old crusty grease from last month’s (or last year’s!) meals. I always say treat the fire like it’s an ingredient, and when you think of it that way, it opens up so many possibilities.” 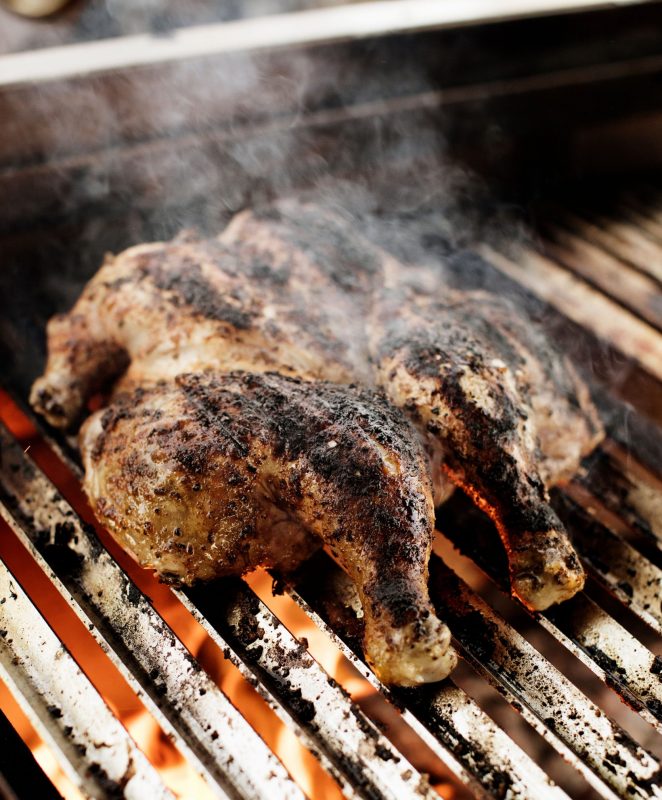 You can use chicken pieces instead of a whole chicken – we recommend Community Foods producer Kadejan Chicken – but if you opt for a whole chicken, make sure to cut the backbone out for more even cooking.

½ cup vegetable oil for the sauce

3 Tbsp. vegetable oil for the chicken

Mix scallions, lemongrass, ginger, and garlic in a medium bowl. Heat oil in a small saucepan over high until hot but not smoking, about two minutes. Pour over scallion mixture. Let sit, stirring often to keep aromatics from burning, five minutes (scallions will sizzle, turn bright green, and wilt almost immediately). Mix in Aji-No-Moto seasoning (if using) and season with salt. Cover and chill. Sauce can be made two days ahead.

Toast coriander seeds and cumin seeds in a dry small skillet over medium heat, shaking often, until spices are very fragrant and slightly darkened in color, about three minutes. Transfer to a spice mill or mortar and pestle and let cool. Finely grind, then transfer spice mix to a small bowl. Place chicken, skin side up, on a cutting board. Using your palms, press firmly on breastbone to flatten breast; you may hear a crack. This means you’re doing it right. Move chicken, skin side up, to a large rimmed baking sheet. Season generously on both sides with salt, then sprinkle spice mix all over, getting into every nook and cranny. (You may have a little spice mix left over.) Tuck wings underneath the breast. Chill, uncovered, at least four hours and up to two days. Let chicken sit at room temperature for one hour prior to grilling. Drizzle with the oil and pat all over.

Prepare a grill for medium-high indirect heat (for a charcoal grill, bank coals on one side of grill; for a gas grill, leave one or two burners off). Place chicken, skin side down, on grate over indirect heat. Cover grill, placing vent (if your grill has one) over chicken so it draws heat up and over it. Grill until skin is lightly browned, 15–20 minutes. Turn chicken over and cook, still covered, until skin is deep golden brown and crisp and an instant-read thermometer inserted into the thickest part of breast registers 160°, 20–25 minutes. Transfer chicken to a cutting board and let rest at least 15 minutes before carving. Serve with lemongrass sauce and rice.

Don’t miss our last grilling feature with Chef Gustavo Romero for his delicious carne asada and marinade recipe, and check out this bonus video Yia and Gustavo did together for “Relish!”