NOTE: as it is the height of the farming season at Sin Fronteras, we hope to catch up more with Eduardo later this year.

Sin Fronteras Farm & Food is rooted in racial equity and has responded to the COVID-19 pandemic by providing free produce when possible. Those items are provided to elders and single parents, and the farm is growing more robustly to feed those most in need, while mentoring and supporting the next generation of Latinx farmers through a farmer incubation program. 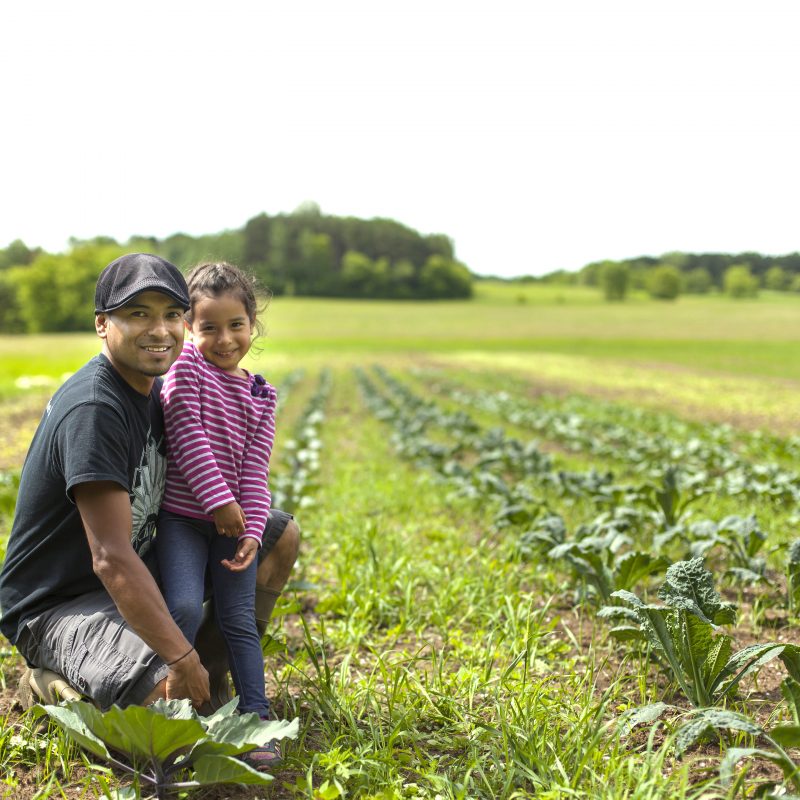 Sin Fronteras began as a one acre farm on rented land near Stillwater, Minn. in summer 2014. The family recently purchased a 17-acre farm in Wisconsin. During a typical growing season, Eduardo grows produce for Twin Cities area restaurants and cooperative grocery stores – specifically Seward and Eastside Co-ops. The family also offers a culturally specific Community Supported Agriculture (CSA) program, in which members purchase a share in return for produce grown on the farm. The CSA boxes are delivered throughout the Twin Cities – including to both the Franklin and Friendship stores– and are filled with freshly harvested fruits and vegetables traditional to diets of Mexicanx and Latinx communities. Sin Fronteras is one of the first farms to offer a culturally appropriate CSA program catered to Latinx households in the Twin Cities.

Sin Fronteras expands access to BIPOC-owned land and local food for our communities. The ultimate goal for Sin Fronteras is to start an incubator program for other Indigenous farmers and farmers of color, and to offer a retreat and learning center on the farm. Now that they’ve purchased land, Eduardo and Madeline can focus on scaling up their operation to financially support a project to build a commercial kitchen. They hope this kitchen will support the first Taco Farm in the Midwest. The idea is to produce tortillas, hot sauces, salsas and other products using ingredients grown on the farm and sell them to further their farm’s financial viability.