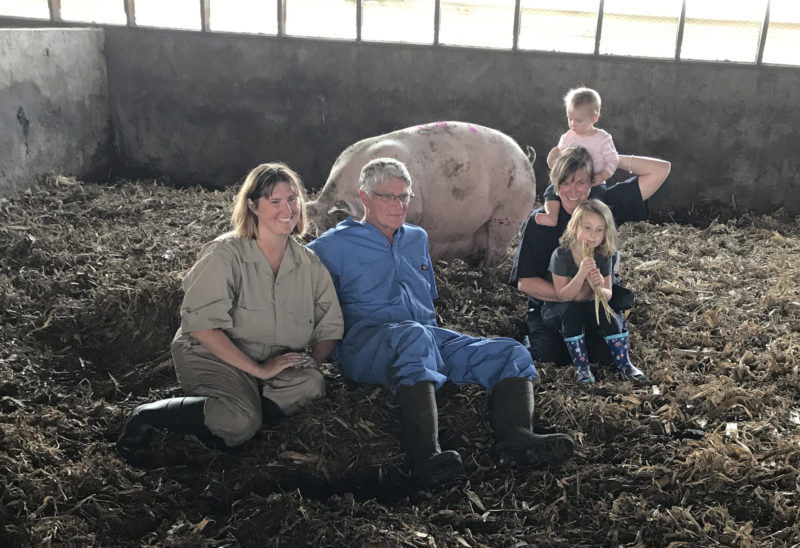 In 1846, Fred Beeler immigrated to the United States from Germany and settled in Madison County, Iowa. He established a farm and began to raise pigs. Six generations later, his descendants are still raising pigs the traditional way he did—with a vegetarian diet, without antibiotics or bioengineered products.

Today, the Beeler family continues to adhere to the same animal husbandry practices their Grandpa Fred used throughout his life raising pigs. It has always been a top priority to raise their pigs humanely. Beeler’s sows live in large unrestricted pens, allowing for social interaction and freedom to move around. When it is time for a sow to give birth, she moves to the maternity ward. That way she can stand up, or lay down, and turn around safely with newborn piglets.