As Seward Co-op wraps up National Farmworker Awareness Week, we end with a personal story of perseverance from Natalia Mendez (they/them), Marketing and Communications Specialist. 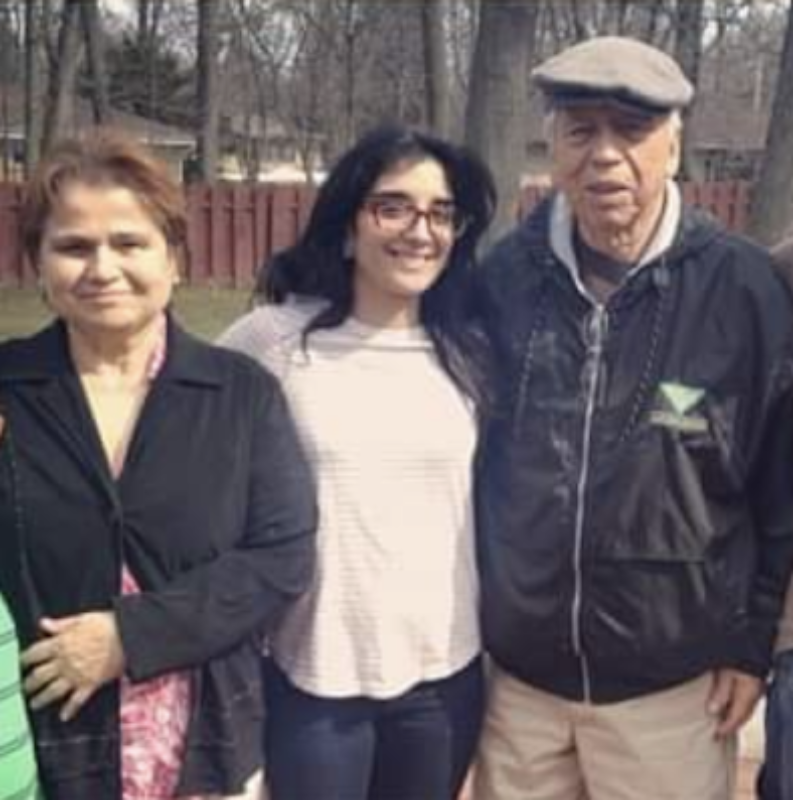 The author, middle, with their grandparents Norberta and Salvador Sanchez

My Grandpa, Salvador Sanchez, has always been someone in my life I looked up to. He’s an immigrant, he’s calm, quietly funny, and he put up with the shenanigans of six kids and countless grandchildren. I always knew he was involved in the fight for justice for migrant workers’ rights, but he was so humble and present when spending quality time with his grandkids, it was rarely a topic that came up. Only when I was older did I realize the man who made some of the best grilled chicken I’ve ever eaten was also an important part of unionizing migrant laborers that would travel from Texas to Wisconsin for farm work. 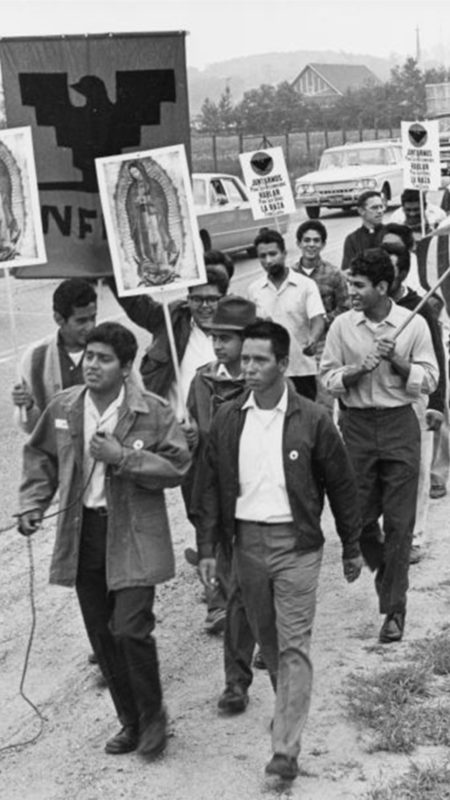 Grandpa was originally from the state of Coahuila in Mexico and arrived with his family in McAllen, Tex., when he was nine years old. He spent his childhood working in the fields of the Rio Grande Valley. As he grew up, he became more aware of the exploitation of farmworkers and wanted to make a change so he became active in local politics. Grandpa Sanchez became involved with United Migrant Opportunities Services, Inc. (UMOS), and eventually served as their executive director from 1970-74. He partnered with other local activists that were inspired by Cesar Chavez, Dolores Huerta, and Rev. Dr. Martin Luther King Jr., among many others. He helped co-found the migrant farmworkers union Obreros Unidos and organized marches from Milwaukee to Madison. One of these marches included a sit-in that filled the capitol building with protestors and ended with promises of enforcement of equal opportunity legislation and protection laws. The organizers and protestors demanded an affirmative action program to remedy problems between police and the Latinx community, creating more safeguards for incoming migrants and by extension, safer, more secure housing. Later, Grandpa Sanchez’s pursuit for equity among BIPOC farmworkers led him to a position at the Latin American Union for Civil Rights. When I asked him about his time there, he said, “it was hard work, but it was worth it.”

Today, I want so badly for all his efforts not to be in vain. His passion is deeply rooted in creating and expanding resources in migrant communities and facilitating interdependence. It exemplifies the collective community organization and work we’ve seen throughout the ages that Black and Brown communities need to thrive…and yet today, too many are still just surviving. His legacy is one that I reflect on regularly, and especially during National Farmworker Awareness Week (NFAW), March 25-31. There is still much work to be done to provide dignity and protection for those who put in hard labor to keep all of us fed. Follow Seward Co-op’s Facebook, Instagram, and Twitter this NFAW to get inspired to take action year-round on behalf of farmworkers.