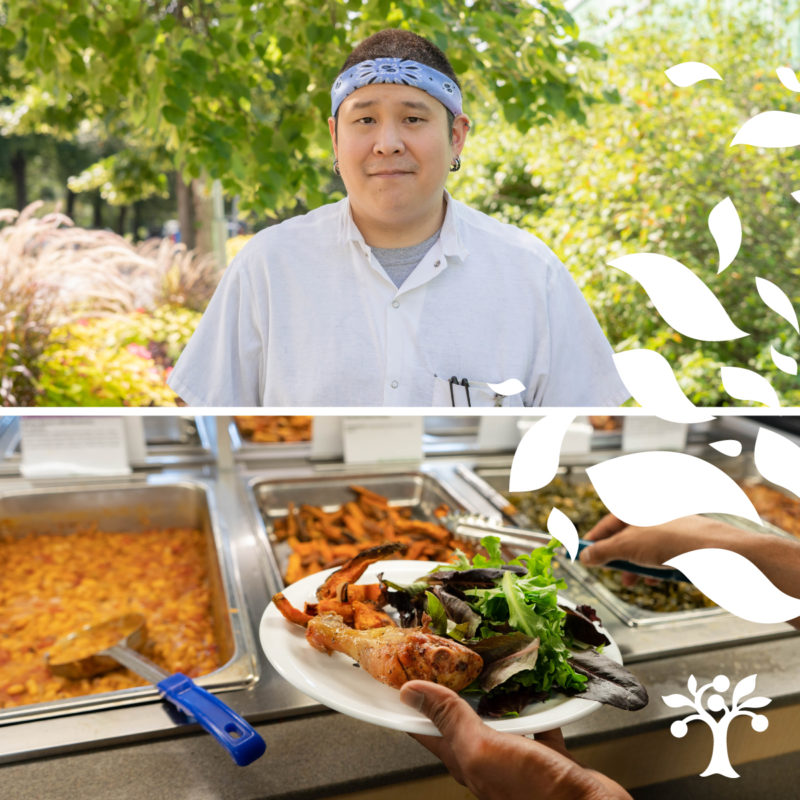 At Seward Co-op, we strive to be a place where everyone feels welcome, whether shopping for groceries, dining on food from the Deli, or finding a comfortable workplace. Samo Newman (he/him) has been at Seward Co-op since January of 2022, and it’s been long enough for him to experience the joys a diverse workplace can bring.

After spending most of his career in restaurants, Samo began looking for something new. After friends suggested Seward Co-op as a great place to work, he did research to find that we also aligned with his values. Inclusion, diversity, supporting small-scale farms and businesses, and making food with quality ingredients all resonated with him and led him to his role at the co-op.

He initially accepted the role of Assistant Deli Manager and shortly thereafter became the Deli Manager. With the new role came the additional responsibility of overseeing the whole department, including the Kitchen, Cheese counter, and fresh juice area in the Deli – which can be a lot to juggle! The support he receives from other members of the team keeps things balanced and keeps Samo feeling supported.

One of the things that keeps Samo excited about his role at Seward Co-op is the many types of people he gets to interact with on a daily basis. Not only does he get to enjoy making and learning about the different regional and cultural dishes that are cooked up at the co-op, but he values experiencing a more diverse environment than what he’s used to when interacting both with customers and fellow staff members. “Eating food is one of the most basic things that we need to do for our survival. As a result, there is a ton of history and tradition around food in every culture on Earth. I like that I get to be a part of that and can hopefully keep food exciting for people.” This connection to others through food is a part of the cooperative spirit that keeps Seward Co-op thriving, and we are so grateful to have Samo on the team!

Find the delicious food Samo and other talented Seward staff makes throughout the Deli at both stores.