Like Seward Co-op, Featherstone Farm shares fundamental values of respect for labor and the environment. As a Featherstone Farmer, I have spent 25 years attempting to create a system that meets the needs of farm and farmworker, consumer, and the environment in fair measure. Two decades in, this is still a work in progress. But putting these values into practice in a viable small business—especially a seasonal one—is complex. It is an ongoing struggle to find the right balance between consumer affordability and farmworker fairness.

I have seldom known a vegetable farmer who did not want to pay fieldworkers as much as they possibly could. We see the backbreaking labor they do on a nearly 16-hours-per-day, seven-days-a-week, on-call basis. Many factors influence how farmers pay their employees, some of them public mandates. For example, the federal government has raised the “minimum wage” for foreign guestworkers with seasonal agricultural work visas, over 25 percent in the past six years. Featherstone Farm has not passed a penny of this increase onto our customers like Seward Co-op—it just comes out of our bottom line.

Further, we struggle with a disrupted climate, resulting in more and more crop loss every year. Commercial vegetable crops are almost universally grown in the arid West, where they almost never see a drop of rain over the course of their seasonal lives. When it rains in Minnesota during the growing season—either big systems with intense rains or
persistent wet periods during harvest season—our crops almost always suffer (sometimes dramatically). In particular, yield—crippling foliar disease has taken its toll for the past five record or near record wet years. It’s safe to say that all major decisions Featherstone Farm has made during this period—from doubling our annual soil mineralization budget to building high tunnels to keep tomatoes dry during the growing season—are all about adapting to climate change. 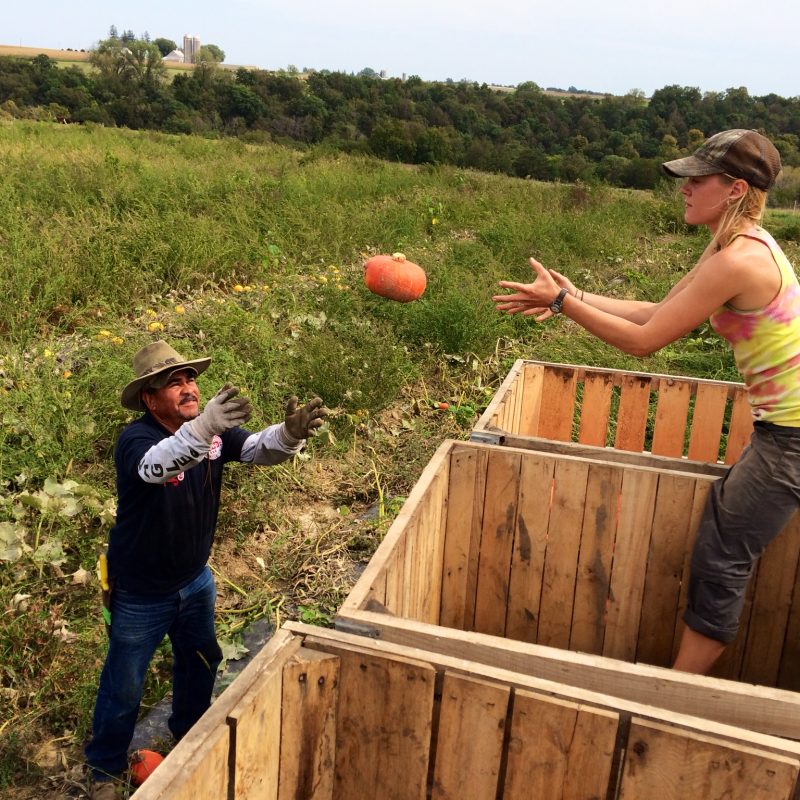 It’s unsustainable for farms like Featherstone to continue spending on key things like climate adaptation and labor without passing on the cost of some part of these investments to customers. So this season, for example, we will be raising our wholesale price on organic broccoli 12.5 percent, to offset production losses in “new normal” wet years.
Other price increases may be coming in future years, too; I just don’t see how small farms like ours can remain viable without them.

Thank goodness Seward Co-op and other customers are ready and willing to pay this added cost. As owners of Seward, you too will contribute to these efforts by paying a fair price for broccoli and other local, organic crops. I believe that this is the single biggest contribution you can make to local agriculture as it adapts to the challenges of the 21st century: recognizing that good food is worth paying a premium for and buying faithfully from locally owned, small-scale businesses like the food co-ops and Featherstone Farm. Thank you!