Indigenous People’s Day is Monday, Oct. 11. Indigenous Peoples’ Day recognizes that Native people are the first inhabitants of the Americas, including the lands that later became the United States of America. This holiday challenges the narrative that European colonizers “discovered” America, when, in fact, many Indigenous nations had been thriving on and living in harmony with the land. We celebrate this day to honor Indigenous culture and contributions, both past and present.

Invest in Indigenous-Led Organizations with your Purchases and Round-Ups 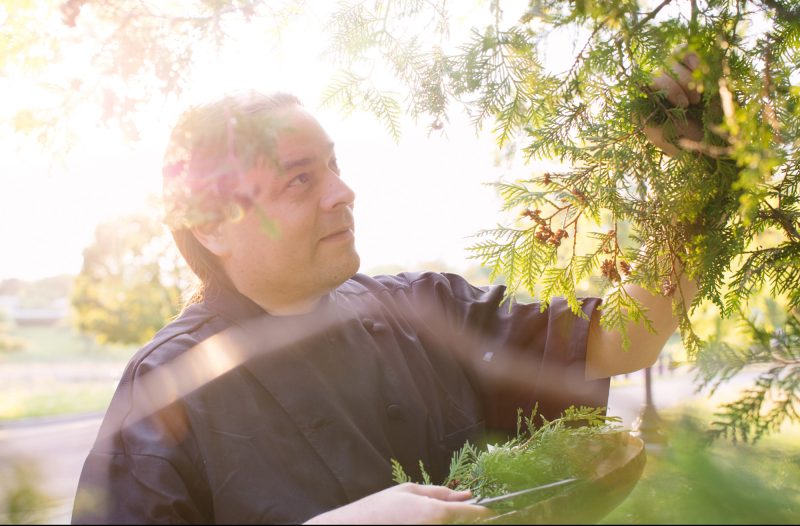 In mid-October, visit the Delis at Seward Co-op to pick up Indigenous People’s Day bowls, while supplies last, with recipes developed by Sean Sherman that showcase Indigenous flavors. Enjoy cedar-braised beans or maple-juniper chicken, with a side of squash, three sisters mash, wild rice pilaf, and a wojape (thick mixed berry) sauce. $1 of each of these bowls supports October SEED recipient, NATIFS. On Oct. 11, many of the recipes will also be available on the hot bars at both Franklin and Friendship stores, so celebrate Indigenous People’s Day with us and pick one up! Support Indigenous-led organizations at Seward Co-op by including a SEED donation at the register. October and November SEED round-ups support NATIFS and  Division of Indian Work, respectively.

James Beard award-winning chef and The Sioux Chef’s Indigenous Kitchen cookbook author, Sean Sherman (he/him), has been busy since he spoke at Seward Co-op’s 2018 Annual Owner Meeting. His work in community had led him to founding North American Traditional Indigenous Food Systems (NATIFS), which is dedicated to addressing the economic and health crises affecting Native communities by re-establishing Native foodways. NATIFS’ work is rooted in reversing the damage of colonialism and forced assimilation with food at the heart of this reclamation. In addition to establishing NATIFS, this past summer, Sean opened Owamni, a modern Indigenous full-service establishment that presents a decolonized dining experience.