For the last twenty-two years, Liz Liddiard Wozniak (she/her) has served as Seward Co-op’s Human Resources Manager. Over the past two decades, she has watched–and had a hand in—the growth of our co-op and the communities it now serves. Join us in learning more about Liz, her time at Seward Co-op, and the legacy she’s built. 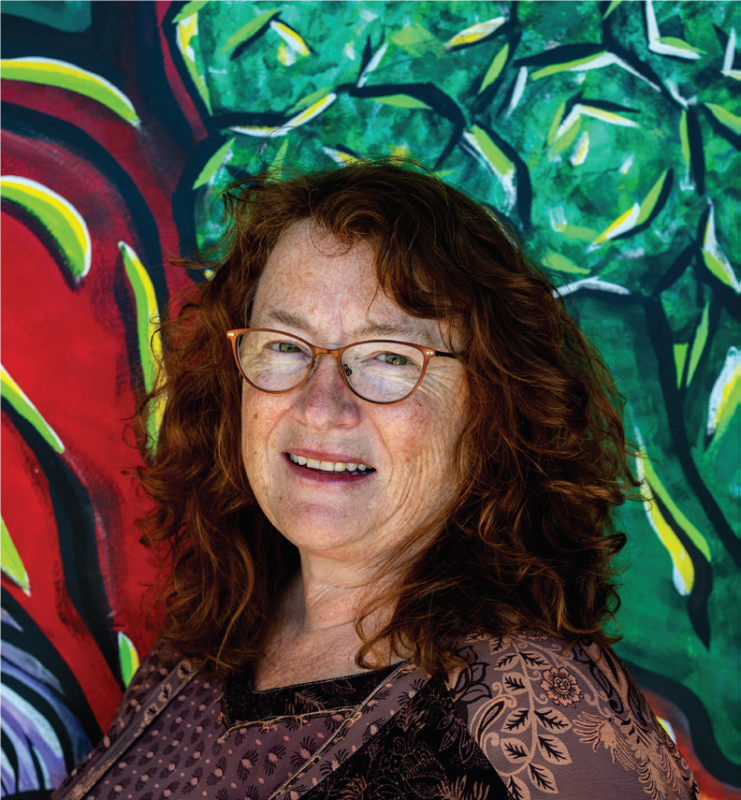 Liz says she’s always loved food and, in her teens, she was led to the whole foods movement. From there, she found herself working in the first Seward Co-op location on East Franklin Avenue —today Jack’s Hardware and Farm Supply (formerly Welna II Hardware). Her early co-op days were spent cooking in the deli in the morning, serving lunch in the afternoon, then cleaning up and heading home. Later in her co-op career Liz’s potential was noticed by Seward leaders. Under the leadership of influential General Manager Gail Graham, she was offered the position of Human Resources Coordinator, and then promoted to Human Resources Manager. In her time with our co-op, her openness and willingness to grow has facilitated many changes throughout the seasons of Seward Co-op—including expanding to three locations and staying present in the face of community crisis.

Flowing with the Tides of Change

Liz was present for the move from the co-op’s second Franklin Ave. location to the expanded building it exists in today at 28th and Franklin Avenues, and was there for the journey of opening the Friendship store and Co-op Creamery production facility. She remembers the intimacy of knowing everyone personally when Seward Co-op was at a single location, and is proud of the change and growth we’ve experienced over the years – particularly our efforts around diversity, equity, and inclusion. She gives credit to current Board President (former Diversity and Inclusion Manager), LaDonna Sanders Redmond (she/her), for helping guide new hiring processes at Seward Co-op. This effort, combined with a new approach to recruitment, doubled Seward Co-op’s Black, Indigenous, and People of Color (BIPOC) staff percentage from 14% to 36%. Liz’s hope is that this foundation will continue to attract an even more diverse staff in the future. Liz was fully committed to our co-op over the last year and a half in the face of the pandemic and civil unrest in our community. She was uplifted by the staff teams working together through much confusion and pain. Liz gives an extra shout-out to Josie Karr (they/them), Internal Communications Coordinator, for their hard work disseminating dynamic information to employees over the last year. This team effort over the years is one that Liz is so happy to be a part of.

Liz has plans to reconnect with friends and family in her downtime once she’s completed her tenure at Seward Co-op. She will also do some consulting for the new HR team as needed, but stresses that Angel and Ray are incredibly capable and thoughtful. She trusts and believes in them, and knows that the path she forged will now be one viewed with fresh eyes – and she’s excited for that. She leaves us all with the parting words, “We cannot be tripped or limited by our fear. We have a responsibility to ourselves and one another, and we must take care of ourselves to show up for our community and our co-op.” We thank Liz deeply for these words which, paired with our Ends Statement, are a torch for lighting the path forward as a community-owned co-op.