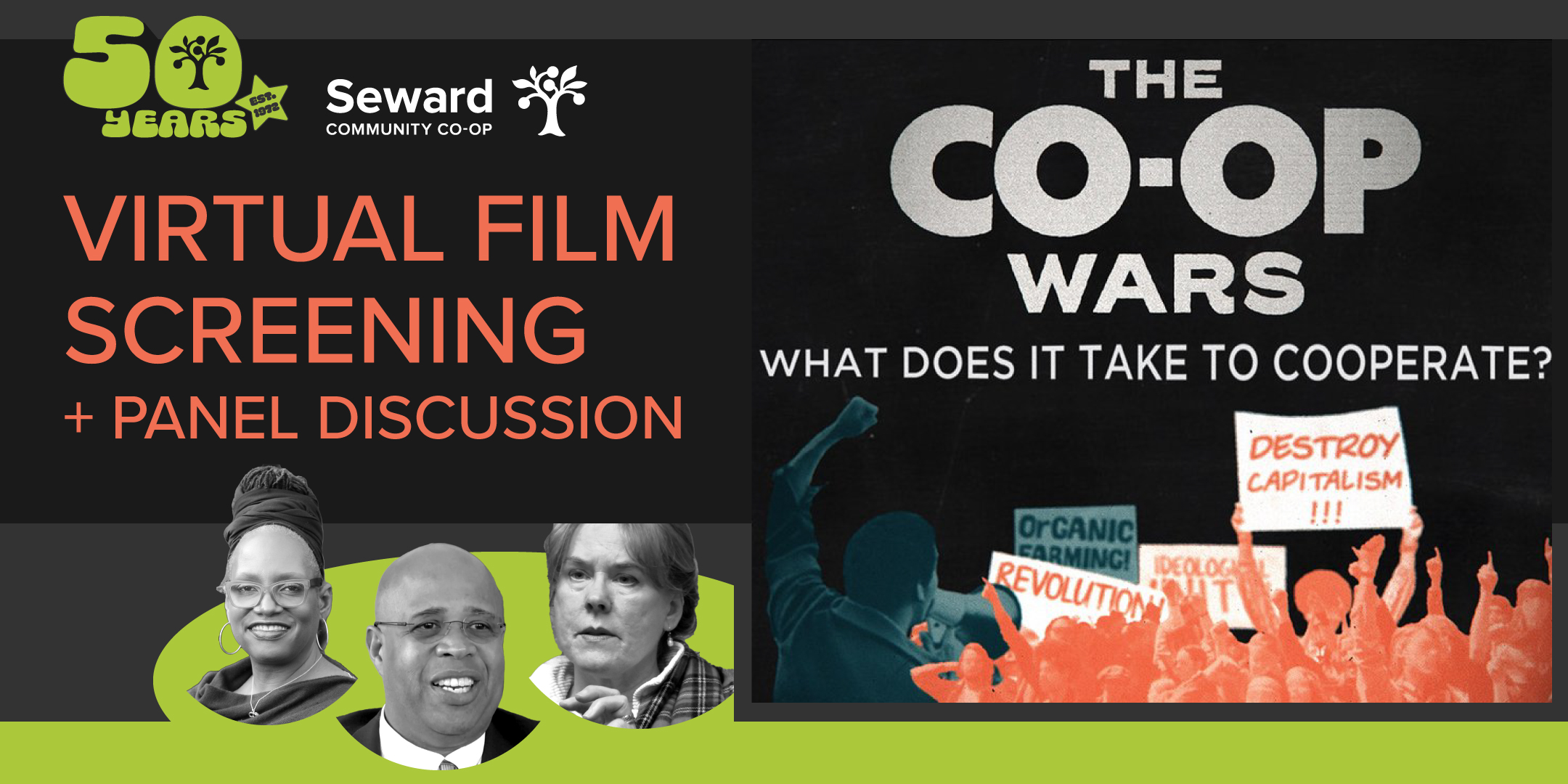 Join us for a virtual panel discussion of the original documentary film “The Co-op Wars” in celebration of Seward Co-op’s 50th Anniversary. “The Co-op Wars” tells the story of the idealistic youth who tried to build an alternative to corporate capitalism, the violent struggle that almost tore them apart, and their eventual success in ways they never foresaw.

You can access this exclusive link to view “The Co-op Wars” with a special introduction highlighting Seward Co-op’s role in this history. We encourage you to watch the film at your convenience any time before the Jan. 13 discussion event. https://watch.showandtell.film/watch/co-op-wars-seward-coop

On Thursday, Jan. 13, we will be joined by Erik Esse and Deacon Warner, producer and director of “The Co-op Wars.” We’ll also welcome early co-op movement leaders Lori Zuidema, Gary Cunningham and Leo Cashman.
Lori Zuidema began her career in co-ops as a volunteer cheese cutter at the newly-formed Seward Co-op in 1972. She was one of the original collective members of the Seward Café and worked at cooperative distributors Cheese Rustlers, and Roots and Fruits Produce. She is currently Director of Purchasing at Co-op Partners Warehouse. Gary Cunningham is President and CEO at Prosperity Now in Washington D.C. and was the First Spouse of Minneapolis during the mayoral term of his wife, Betsy Hodges. Back in the ‘70s, he lived with his uncle Moe Burton, who started the first Black Panther chapter in Minneapolis and founded the Bryant Central Co-op. Leo Cashman worked at Seward Co-op for four years during the mid-1970s when the co-op was at 2201 E. Franklin Ave., its first location. Leo was one of two co-op coordinators (managers) who was assaulted and beaten, then dragged out of the store the morning of Jan. 9, 1976.

The discussion will be facilitated by Seward Co-op Board President LaDonna Sanders Redmond, who is also featured in the film.

Learn more about “The Co-op Wars” at http://www.radicalrootsfilm.com

Please RSVP in advance. You will receive a video link to view the film ahead of time. You will also receive a Zoom link or phone number to join the discussion on Jan 13.