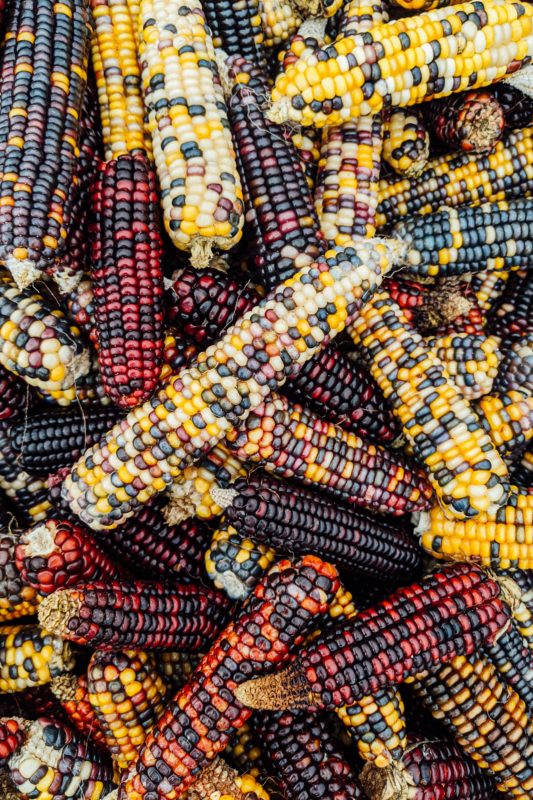 Many have seen the viral video of “Corn Kid” sharing all of the reasons he loves corn. Here at Seward Co-op, we agree with all of his reasons and more for appreciating the delicious and versatile vegetable and grain.

Corn was originally known as maize and was domesticated in Southern Mexico, and it has become a food staple for people all over the world. It can be used for animal feed, fuel, distilled into alcohol, and its starch and sugars can be used in cooking. Corn also has cultural significance to indigenous people in Mexico and the United States today.

Past and Present Indigenous Significance

Around 10,000 years ago, corn’s early form was called “teosinte,” a wild grass that translated to “grain of the gods.” There were gods and goddesses in pre-Colonial Mexican culture that were among the most important deities to the Aztecs, Mayans, and others. Since domestication, corn has shown it is still king in Mexico. It is eaten in many ways, from tortillas to masa for tamales and sopes, to elotes, and hot, sweet drinks like atole and champurrado.

In the United States, many Indigenous nations worshipped for bountiful corn harvests. The domestication of corn also allowed some to put down roots and shift from a nomadic lifestyle to one that was more farming-based. There are many oral legends passed down about corn from Indigenous nations, and it plays a cultural and spiritual role as much as providing sustenance. 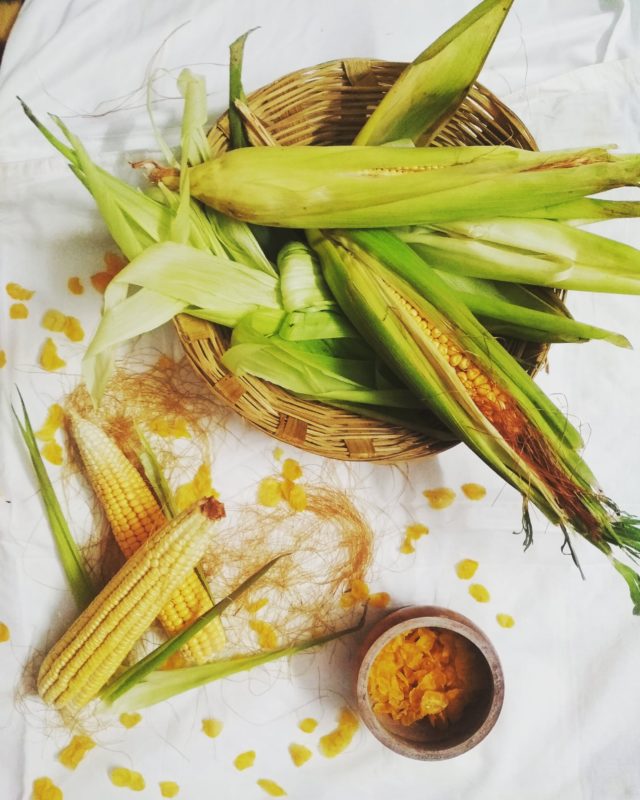 Familiar and New Ways to Use Corn

Few things beat freshly shucked and roasted, grilled, or boiled cobs of corn. At Seward Co-op we’re glad there are many more ways to enjoy corn that include all of its parts.

When making a corn chowder the kernels are removed, but don’t ditch those cobs! Get all of the flavor out of corn cobs for your soup or chowder by boiling the cobs to make a corn stock. This will take your soup to the next level! Corn stock can also easily be turned into corn jelly with pectin and sugar which is delicious on biscuits.

Gather family together for an all-hands-on-deck tamale making party! Husks, or “hojas de maiz” in Spanish, are an essential part of the process to keep the masa (corn dough) wrapped for steaming. It takes a little time to learn how to spread masa on a corn husk, but it’s worth it to make a bunch of delicious, homemade tamales.

Corn silk has been used in Indigenous and traditional Chinese medicine for inflammation and urinary issues. It also has a high nutritional value, full of vitamin K and potassium. Brew chopped corn silk into a tea and enjoy with a squeeze of lemon and honey for extra flavor.