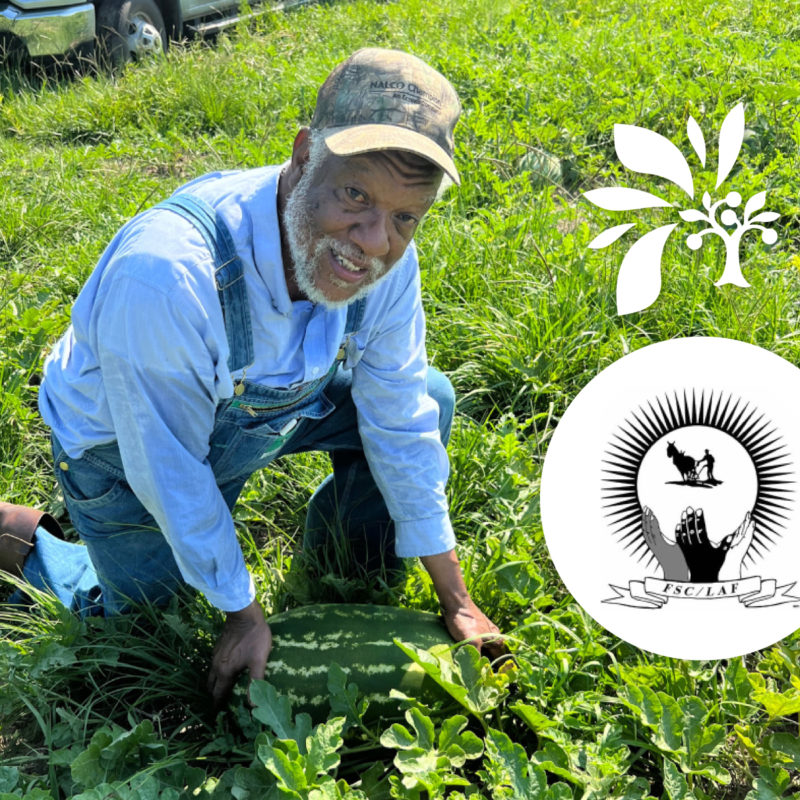 In 2017, Seward Co-op was among the first co-ops in the Midwest to commit to an order of watermelons grown by the Federation of Southern Cooperatives (FSC), based in East Point, Georgia. In summer 2022, after time off due to inclement weather leading to a loss of crops, we once again received another FSC watermelon order! This partnership is an important example of cooperation in action for many reasons. Most importantly, it exemplifies creating the food system we want, as opposed to settling for the food systems we have.

FSC was founded in 1967 to assist in the economic development of Black farmers and the rural poor who had been discriminated against by the USDA and other exclusionary programs. The co-op has an education program that supports reclaiming traditional and ancestral knowledge of growing and providing food for families and communities. These are skills many farmers were forced to abandon due to the shift to industrial agriculture, and a national trade policy that economically favored corporate agriculture. 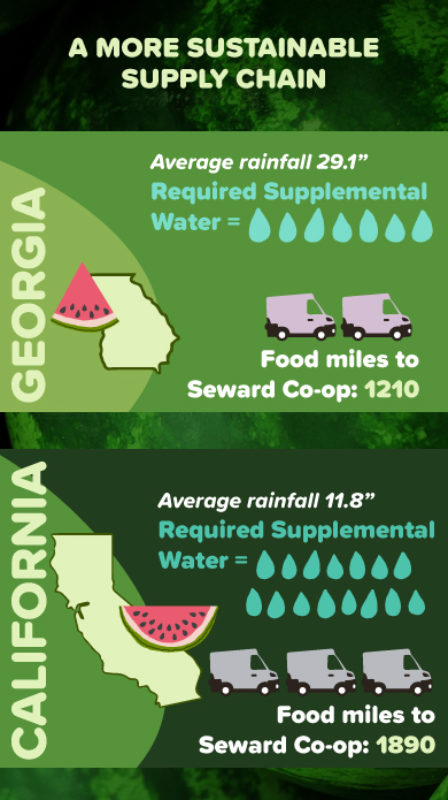 Working with FSC is an act of both financial and environmental sustainability. Many non-local watermelons come to the Midwest from California and Mexico, places where drought conditions require much more water. Since they are one of the most water intensive crops to grow, watermelon production in a drought requires even more irrigation, which increases their negative environmental impact. By opting for FSC-grown watermelons, travel is reduced by about 1,000 miles compared to California watermelons. These melons also create financial sustainability. FSC supports primarily Black farmers with a focus on land retention, ensuring these farmers won’t lose their land and can continue to earn a living by farming.

The relationship Seward Co-op has forged with the Federation of Southern Cooperatives is in complete alignment with our Ends Statement. Through this partnership, we are able to build stronger relationships with more Black farmers, and further diversify the regions of the country from which we source our produce. Buying from fellow cooperative producers and farmers allows us to support cooperative economic development and grow the food system we want.