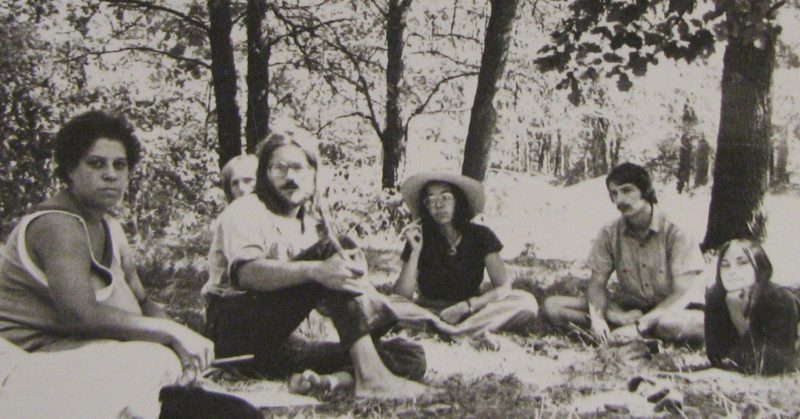 As we celebrate our 50th anniversary, it’s important to remember those who built the foundation to make Seward Co-op a reality. We reflect on our history not only to learn from mistakes, but to replicate successes that create a more just, cooperative, and sustainable food system. Our co-op helped create a way for urban community members to obtain local and organic food.

Just as sustainable alternatives were gaining popularity in the 1970s, federal farm policy shifted towards consolidation and industrialization. There were growing concerns over the use of chemicals in agriculture and a food system that was overly reliant on monoculture crops. Labor unions feared growing monopolies and their eventual effects on food prices. During this time, the organic food movement gained momentum with many allies outside agriculture ready to organize against agribusiness. Organic farmers and consumers cooperated in developing organic standards and creating markets for direct sales to consumers.

In reviewing our co-op’s 50-year journey, Seward Co-op staff spoke with Lori Zuidema, Director of Purchasing at Co-op Partners Warehouse. Lori reflected on the scale and number of food distributors in the past and how they’ve changed. In the 1970s and ‘80s, organic brands were new and specifically something food co-ops sought out. Co-ops purchased from conventional wholesalers to get favorable pricing on bulk foods and tried to procure organic goods whenever possible. When Lori worked for Seward Co-op during its early years, she poured her heart into bringing fresh, local, and organic food to customers. In the following decades, the co-op cultivated relationships with more and more organic, local farmers. 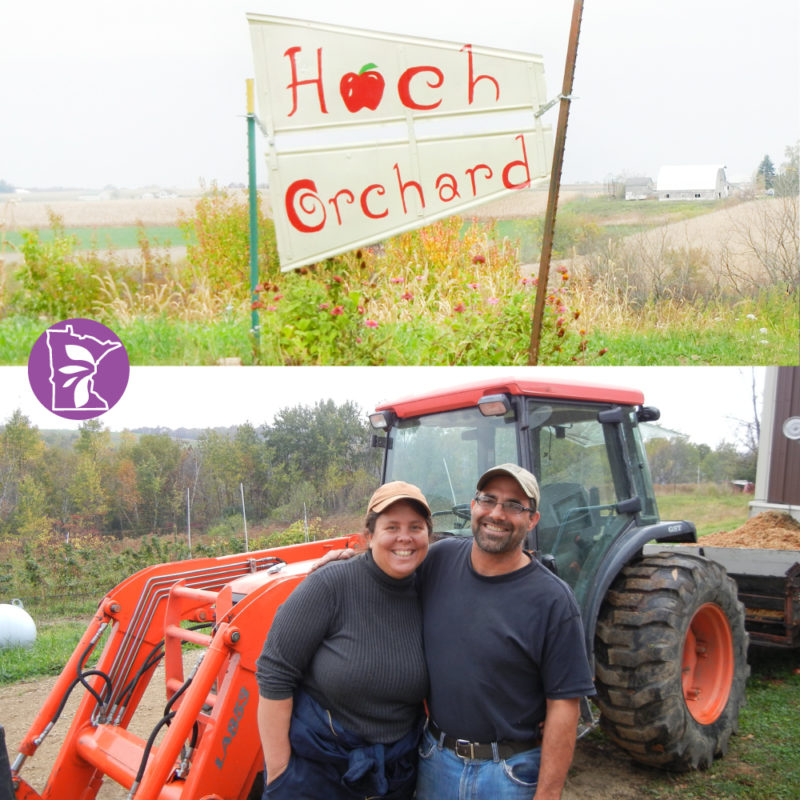 When Minnesota farmers Harry and Jackie Hoch began managing Hoch Orchard in the mid-1980s, organic practices were not yet in place. Initially, the Hochs grew apples using conventional integrated pest management methods, and sold the fruit to local grocery stores and pack houses. In 1989 the Hochs established a quarter-acre block of land as organic. Eventually, they converted more blocks to organically grown apples. In 1991, a friend offered to load up a truck with ten or fifteen bushels of apples and deliver them to Seward and other co-ops in the Twin Cities. Customers at Seward and other co-ops bought those apples, helping to ensure the success of an organic apple orchard!

Jack Hedin has been a long-time believer in the cooperative way of doing business, and thinks it is best for farmers, customers, and workers. Featherstone Farm was founded in 1997 as part of the Zephyr Valley Community Land Cooperative in rural Winona, Minn. It was there that they began growing organic produce to sell to food co-ops in the region, including Seward.

Hedin points out food co-ops go beyond what any other retailers do. What’s different is that food co-ops, owned by consumers (rather than publicly traded on Wall Street), can focus on a long-term vision to sustain local agriculture. We start by purchasing organic product from local producers. Then we take another unique step in supporting organic food distribution more broadly. Hedin said that Seward Co-op’s support of the community-supported agriculture (CSA) movement through its CSA fairs and being a delivery drop spot has given many farmers the necessary support to get started. “[Seward Co-op’s] embrace of the CSA programs and willingness to go a long way to promote them and serve as a community clearinghouse and center is important.” 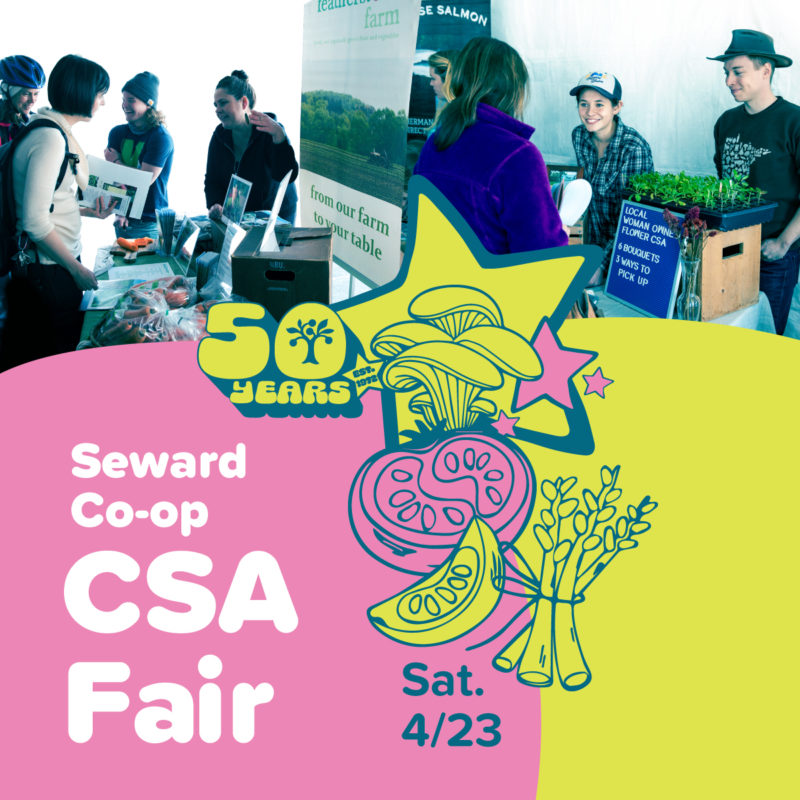 Help us celebrate 50 years of cooperation and the 21st annual CSA Fair! This year is the return of our in-person fair, held on Saturday, April 23 from 11 a.m. to 2 p.m. in the Seward Co-op Creamery parking lot at 2601 E. Franklin Ave. Our popular online “Virtual CSA Fair” will also continue! Enjoy treats, prizes, and an activity area with Midwest Food Connection for the kids as we celebrate and look to the future. Online, we will be featuring stories, videos, and photos from local CSA farmers. The Virtual CSA Fair will take place on Seward Co-op’s website and social media the weeks leading up to April 23.